Co-cathedral of Saint Peter the Apostle 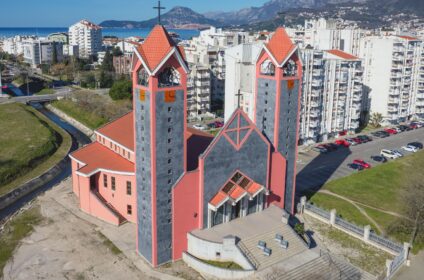 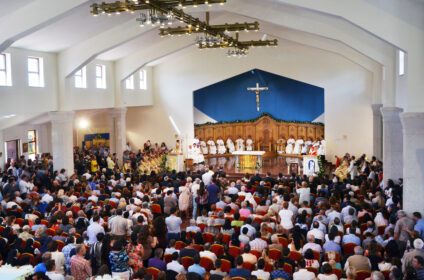 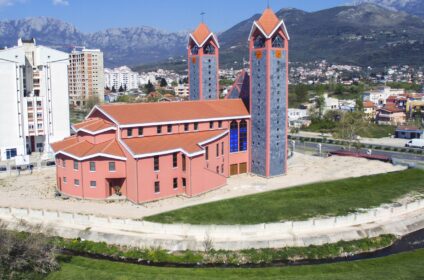 At the eastern end of Bar, along the 24. novembra Boulevard, the landscape is dominated by the beautiful co-cathedral of St. Peter the Apostle.

The cathedral has two bell towers – north and south, with three bells on each of them. The bell tower and the cross reach 36 metres. The church is covered in local grey stone, with red terracotta borders on the bell towers and part of the facade. It is ornamented by stained glass and marble floors along the entire surface.

The building is raised on two levels. A conference hall and a crypt, where archbishops will be buried are situated on the ground floor. Wide cathedral steps, lined with statues of St. Peter and Paul, lead to an entrance to the main hall reaching 3.15 metres, an area of ​​2,700 square metres with a number of church and secular rooms.

The cornerstone was laid in July 2006. In 2014, the co-cathedral was solemnly consecrated and the Pastoral Centre was opened, which will be used for book promotions, conferences and ceremonial gatherings for the needs of the Archdiocese, but also the entire Bar. This is how religious life of this house of worship began.