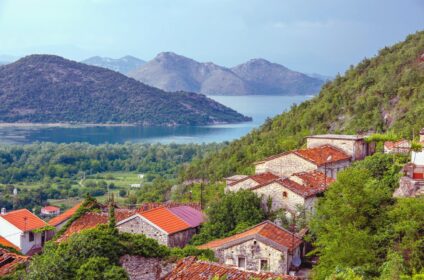 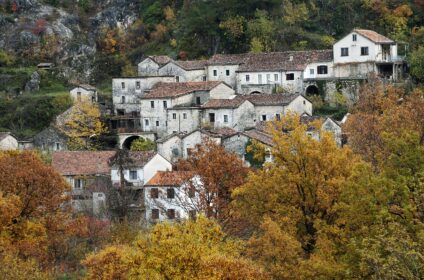 The village of Godinje is located in Crmnica, an area whose tradition of growing vines and producing the famous Crmnica wine is more than 500 years old. Today, Godinje is one of the best-preserved rural units of historical significance. The first written data related to Godinje date back to the 13th century, and there are still traces of the Balšić dynasty from the 15th century in the village. It is dominated by traditional architecture, stone houses with vaults and taverns, as well as facilities which were typical for that time, such as threshing floor and mills.

The houses are squeezed and form a compact whole which reminds of medieval fortified settlements, with loopholes on the walls, up to one meter thick.

They are now adapted to modern living conditions, but for the most part they have preserved the old shape and appearance, and are considered a real treat for lovers of traditional architecture, intact nature and tasters of top quality Crmnica wine.